The EuroSTAR Conference 2017 was the 25th edition of this international software testing conference and took place in Copenhagen. The talks were about different aspects of testing – from “how to transform people who had never done testing before into testers” to “how to test a new airport terminal”.

In this talk Michael told us how he had the project to transform people, who had never tested before, into testers. It is all about the right approach and about learning by doing. It is best to just immerse the people into the work and to give them immediate feedback. 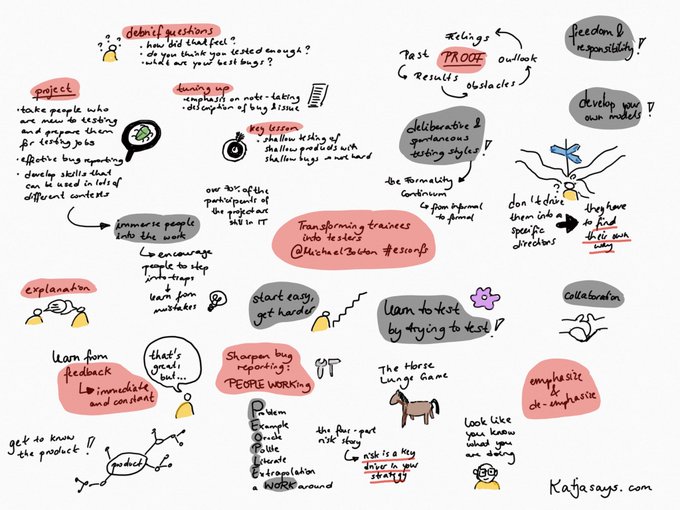 Bots and devices like the Amazon Echo get more and more common. Paul focused on questions like “Can such devices help us with testing?” and “Could they even replace testers?”. You have to keep in mind the different ways of thinking and that a bot cannot do all of it for you, but support might be possible. Maybe some of the tasks, like giving status reports or simple warnings, could be done by the device/bot. 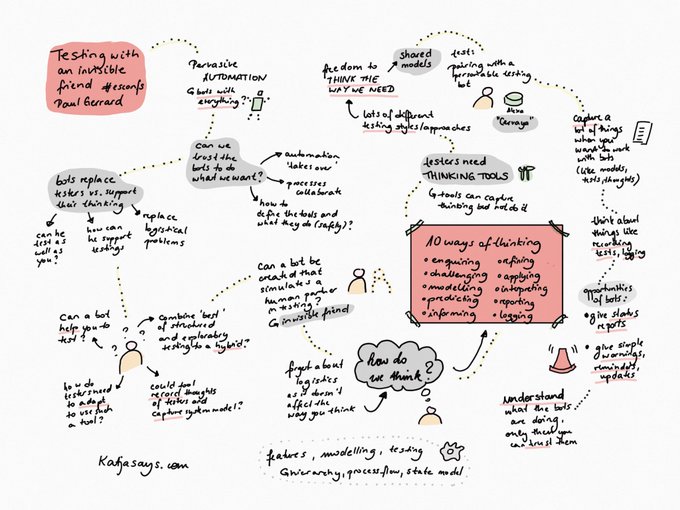 With the introduction of Scrum, teams are getting more cross-functional. This makes it more and more important to keep in mind, that communication is key. So you should try to transform the teams into communities of practice, to optimize the collaboration. 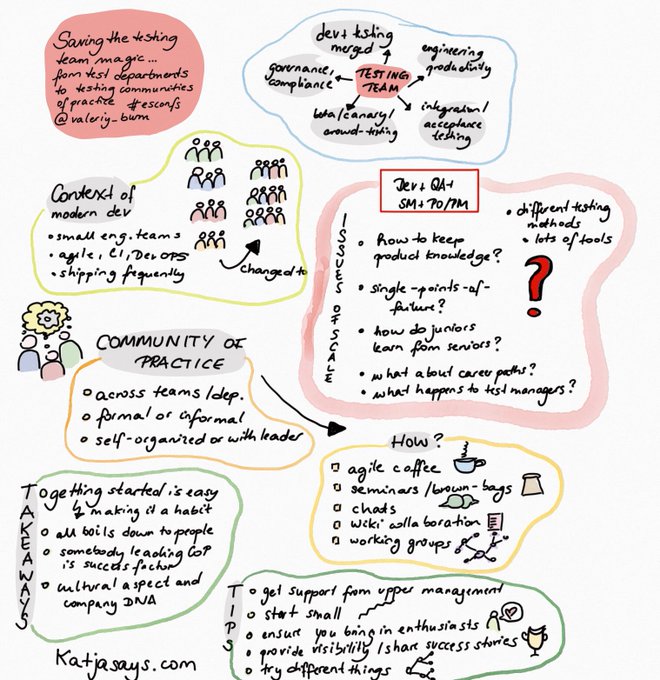 The Three Amigos principle is very known and popular. The three roles business, testing and development get to meet up and discuss stories. They will ask questions like “What problem should be solved?”, “How could this be achieved?” and “How will the team know when it is done?”. Collaboration gets really effective and less bugs will escape into production. Sylvia was talking about the benefits of this approach and gave us some takeaways about it. 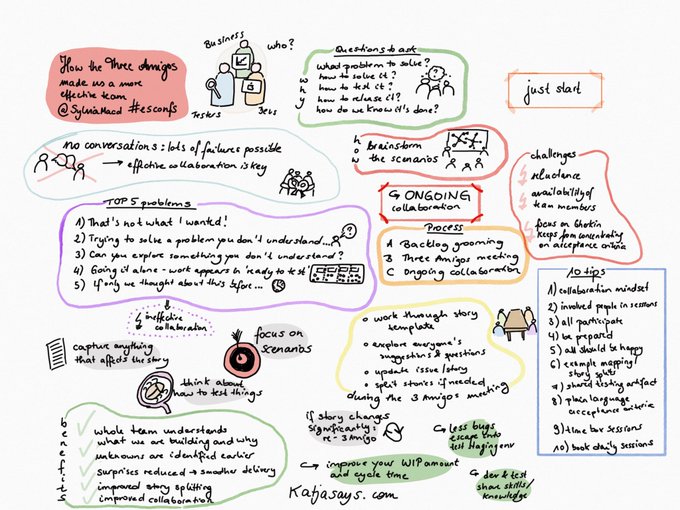 EMBODIED VULNERABILITIES – WHY I AM HACKING MY HEART (MARIE MOE)

Marie is working in the security testing sector and has a pacemaker. So when she got it and learned, that it can be connected to the internet, she was trying to find out how secure the device is. What about cyberattacks? Can somebody manipulate her device? During her research she found out that this kind of questions haven’t been asked that often before. So some security issues didn’t get found at all and she had to make a case out of it. But the good thing is: patches are possible, even if they might take some time. 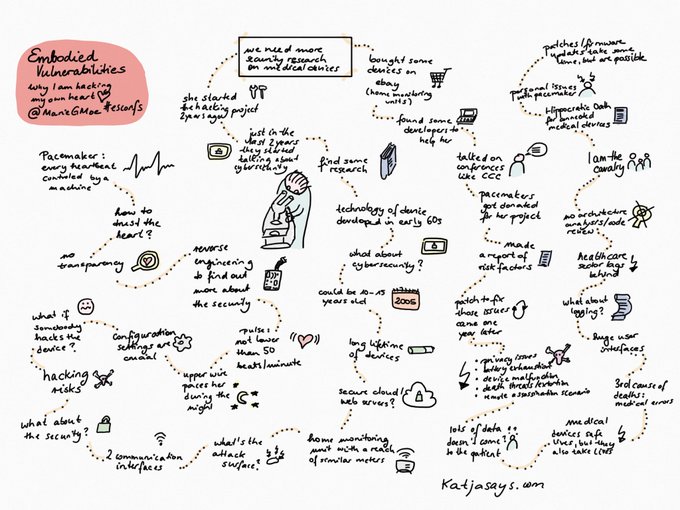 What if an airport wants to open a new terminal. What has to be tested and how? As Christian told us, a lot of manual testing was needed, when he was responsible for testing the new terminal 2 of the Oslo Airport. He told the audience how real people got invited, physical luggage was ordered and how a whole day was used to test the terminal in a simulated working day. The people had to arrive, check-in, deliver their luggage, find their way to the gates and board the plane. With this test a lot of issues have been found that wouldn’t have been found by automated testing. 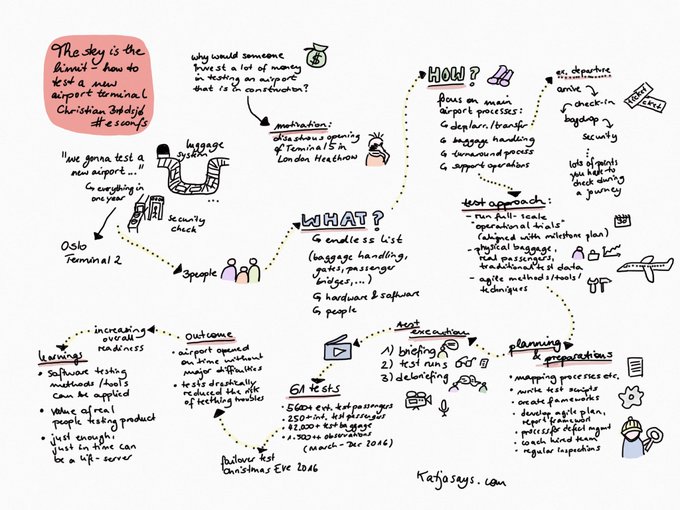 The conference was really interesting and these mentioned talks were just a few highlights. If you want to know more about it, don’t hesitate to contact me on twitter .

Back to blog overview